Nick is Head of the Family Law Department and a Partner at Rees Page Solicitors based in Wolverhampton.

Accredited by Resolution as a Specialist Family Lawyer Nick’s Practice is largely focused upon Financial Provision. With a Client base drawn primarily from families with a Professional or Business background Nick was one of the first Practitioners in the Midlands to embrace Collaborative Law and qualified as a Collaborative Lawyer in 2007.

Having experience of a wide range of matters including complex High Asset cases Nick is ideally placed to advise on the division of assets consequential upon the breakdown of a relationship including, Property, Businesses and Pensions.

For those entering a Relationship who wish to manage the risk of things going wrong Nick can also advise on Pre and Post-Nuptual arrangements.

A former President of Wolverhampton Law Society Nick is an active Rotarian and is involved in many fund raising events for local charities. 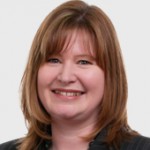 Louise is a Director in the Family department based at Wolverhampton. She is an Accredited Mediator and Collaboratively trained lawyer and a Specialist Children Panel Member.

After gaining her degree, Louise concluded her qualification at Chester Law School. Her legal career began as an articled clerk at Rees Page Solicitors before moving to Irwin Mitchell in Birmingham. A return to Wolverhampton followed in 1997 when Louise became an Assistant Solicitor at Dunham Brindley & Linn (‘DBL’). Partnership followed two years later. In 2010, DBL joined the QualitySolicitors family.

Louise is one of the leading ‘names’ in family law in the region. She deals with all aspects of children matters, matrimonial breakdown, pre-nuptial and pre-cohabitation agreements. Developing her mediation practice over the next few years is a key focus for Louise and the firm.

Away from work, Louise spends any spare time she has with her five-year old daughter… or hill-walking! Both sound equally demanding physically! She has also been a director of Wolverhampton Citizens Advice Bureau for over ten years.